… Threatens America’s Security in the Purge of America’s Military 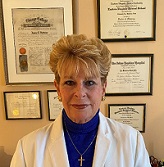 The Biden Administration and top military brass are severely compromising America’s national defense readiness through their COVID vaccine mandates. Abuses exposed by military whistleblowers and their attorneys in the January 12 Truth for Health Foundation press conference include purging military members who request medical or religious accommodations; engaging in physical punishment, hazing, and shaming of unvaccinated military service members; denying medical treatment to those with COVID; and covering up serious vaccine injuries and deaths in a shadow process of coercion.

“The Secretary of Defense and top Department of Defense (DoD) officials are engaging in illegal orders and denying our service members their Constitutional rights under the First Amendment and other egregious violations of UCMJ [Uniform Code of Military Justice] regulations,” said Todd Callender, founder of Disabled Rights Advocates and lead attorney on the lawsuit against the DoD vaccine mandates. Callender explained that requests for usual religious and medical exemptions as allowed under military regulations are being denied in “cut and paste” letters without review. One Navy Commander filed a formal against Vice Admiral Nowell describing in detail extreme violations of his human and civil rights secured by both the Constitution and existing military regulations providing documentation of the abuse our service members face.

Attorneys David Willson and Davis Younts, both experienced military JAG attorneys described: “Our service members are being illegally ordered to take an EUA [Emergency Use Authorization] product while being told it is FDA-approved. Only FDA-approved vaccines can be mandated for service members. Comirnaty, the only FDA-approved COVID shot, is not available on any U.S. military installation in the US or overseas, according to military sources. If service members request a religious or medical exemption, they face extra duty, public humiliation, and threats of dishonorable discharge. If they talk about it, they risk career-ending discipline. Some have been arrested for requesting a religious exemption, a Constitutional right all of our military take an oath to defend.”

Younts and Willson reported that the DoD’s vaccine mandate was illegally issued by the Secretary of Defense, who has no authority to issue such an order for an EUA product. Only the President, acting as Commander-in-Chief during an active armed conflict approved by Congress, is legally authorized to issue a mandate for an EUA vaccine. If Russia invades Ukraine and the President requests approval from Congress to declare America at war, this might be used to force all military to be vaccinated with the EUA products, and provide cover for the past illegal vaccine mandates.

Three USAF fighter pilots described the critical pilot crisis: the U.S. Air Force is short more than 2,000 pilots at a time of escalating global tensions. Even in the face of the dangerous pilot shortage, the Air Force Command continues to purge highly trained USAF fighter pilots at an alarming rate, as punishment for requesting a vaccine medical or religious vaccine exemption. This depletes the military of many thousands of hours of combat flight experience that cannot just be recreated quickly or cheaply. Existing combat flight experience is estimated to be worth at a minimum $10 billion and would cost double or triple that amount to replace, even if it were possible to do in the near term.

Military service members across all branches of the U.S. armed forces have come forward at great risk to their careers and livelihoods to expose the corruption of military law and dangers to our national security when the lives of our volunteer service members are in jeopardy with dangerous, politically driven policies pushed by DoD from the top down.

Americans need to know about the catastrophic persecution of the men and women who have volunteered to put their lives on the line to defend America, our Constitution and our core freedoms, yet now are seeing their own civil and human rights, which are guaranteed under the UCMJ regulations, being trampled upon by the very military leaders who took an oath to defend the U.S. Constitution and those rights it guarantees.

Our military members defend us. They deserve our support to defend them now against the medical tyranny imposed by their own Command.